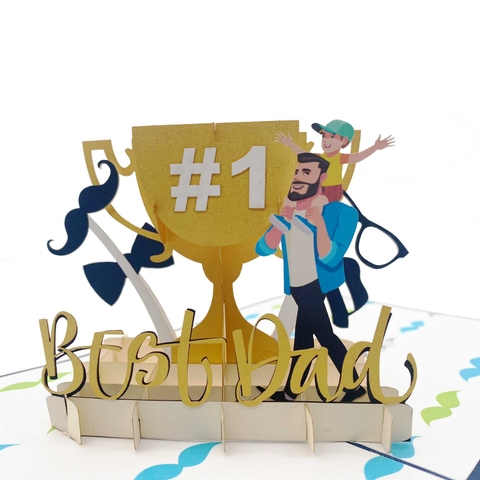 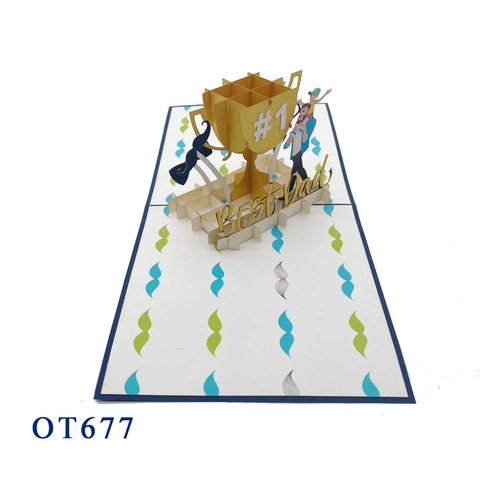 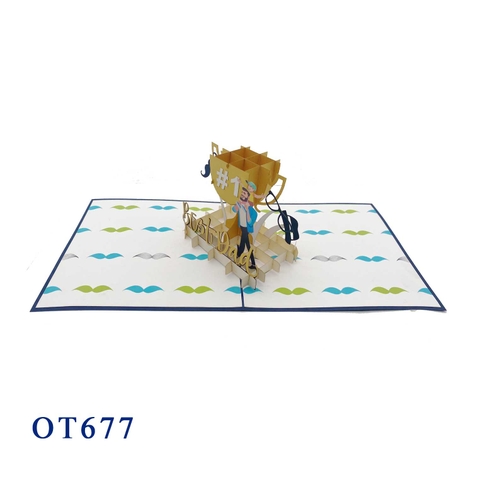 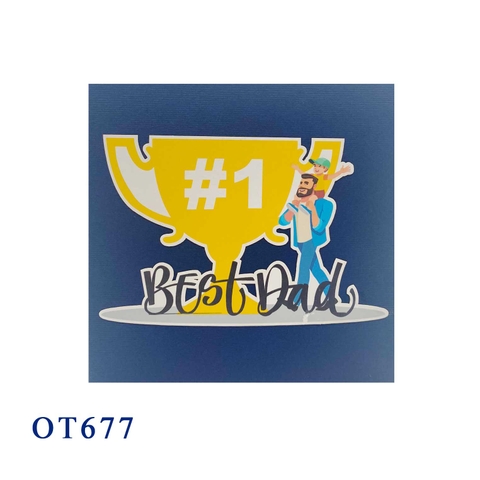 Father's Day, in the United States, holiday (the third Sunday in June) to honor fathers. Credit for originating the holiday is generally given to Sonora Smart Dodd of Spokane, Washington, whose father, a Civil War veteran, raised her and her five siblings after their mother died in childbirth.

After listening to a sermon about Mother's Day, Dodd was inspired to create a holiday to recognize her father William Jackson Smart, a Civil War veteran and single dad to six children. She held the first Father's Day celebration at the YMCA in Spokane, Washington.

According to Marianne Thompson, in the Old Testament, God is called "Father" with a unique sense of familiarity. In addition to the sense in which God is "Father" to all men because he created the world (and in that sense "fathered" the world), the same God is also uniquely the law-giver to his chosen people.

Best Dad Pop Up Card is one of the most meaningful 3D gift card that you can get for your father. This card is perfect for this day!