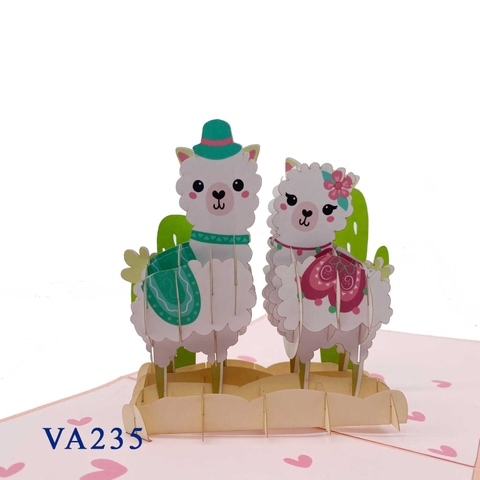 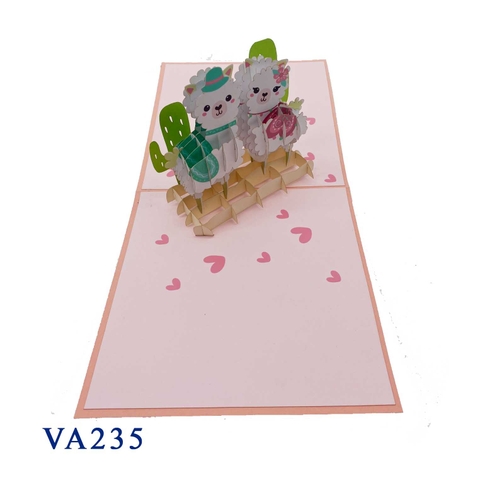 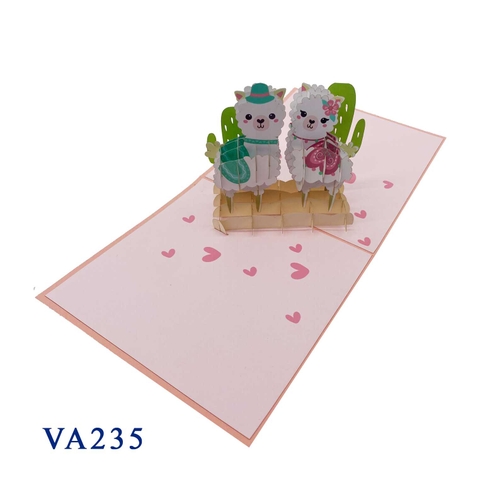 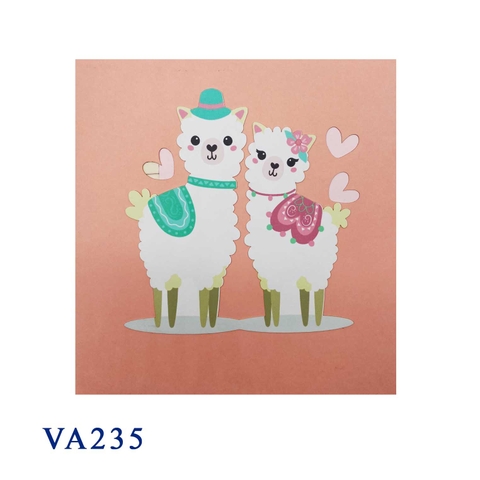 Native American Llama & Alpaca Symbolic Meanings. Among Native American Tribes, Llama represents work and protection on both a spiritual and physical level. Lama in Incan Tradition: Among the Incas, the Llama was an animal of royalty. All gold belonged to the ruler of the empire, the Inca himself, who claimed to be descended from the sun god.

Llamas are very sociable animals but they do need the companionship of their own kind. Llamas are very gentle, shy, and very curious animals. Llamas are calm in nature and have common sense, which makes them easy for anyone, even children to handle.  Llamas were the Incas' most important domestic animal, providing food, clothing and acting as beasts of burden. They were also often sacrificed in large numbers to the gods.

Couple Llama Pop Up Card is such a lovely and meaningful 3D card for your family and friends. This card is perfect fo birthdays, anniversaries, and ceremonies.