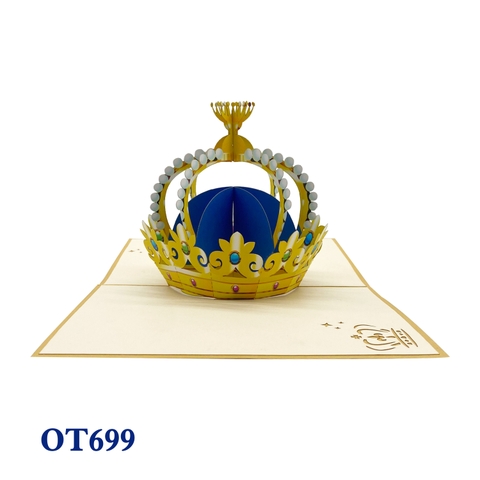 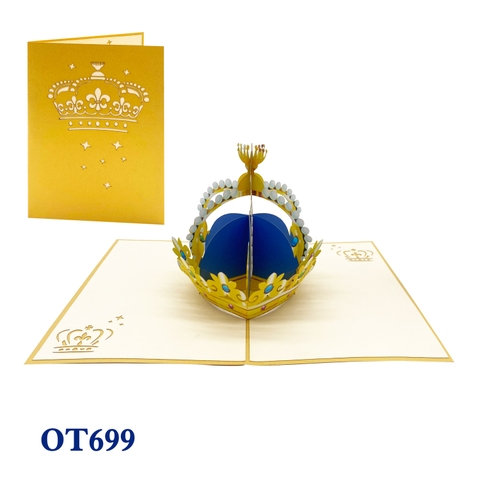 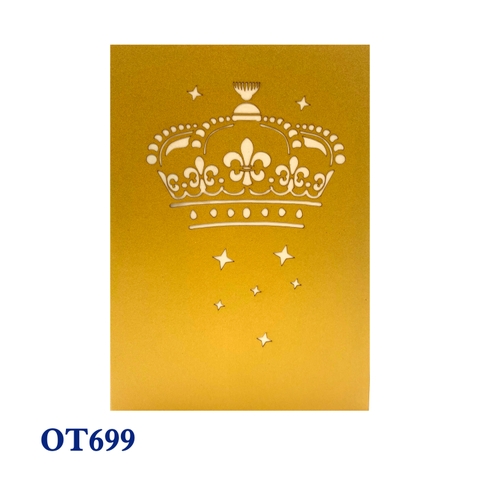 A crown is a traditional symbolic form of head adornment worn by a monarch or by a deity (as distinct from a hat), for whom the crown traditionally represents power, legitimacy, victory, triumph, honor, and glory, as well as immortality, righteousness, and resurrection.

A crown symbolizes royalty, wealth, authority, and power. Sometimes they're also connected to divinity and a person's divine right to be a ruler of a nation.

Inspiration for Crown Pop Up Card

Occasions for Crown Pop Up Card

Crown Pop Up Card is such a unique and meaningful gift for your family and friends. This card is perfect for birthdays, anniversaries, and ceremonies.