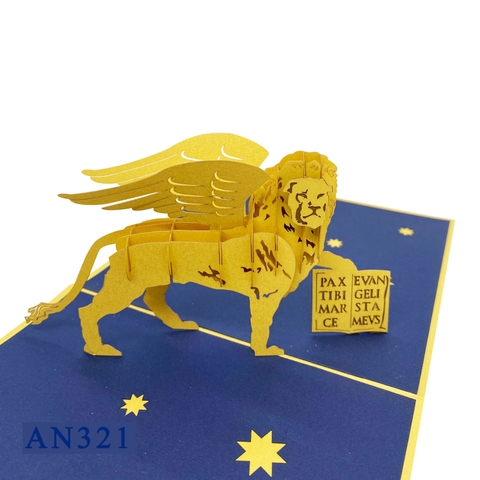 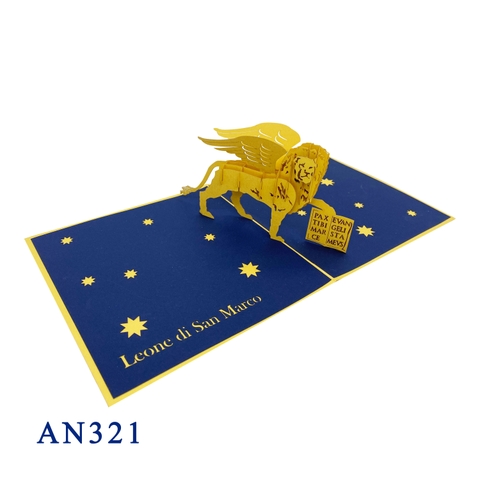 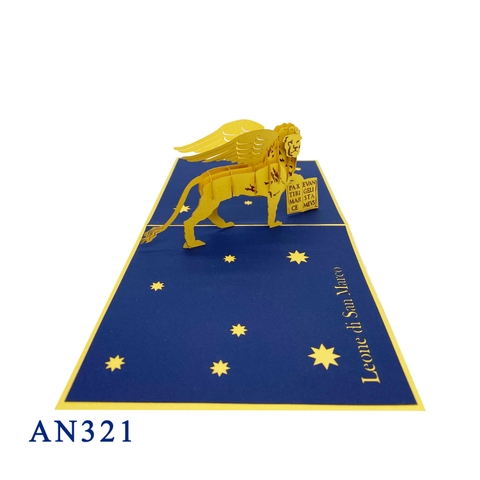 Leone di San Marco or Lion of Saint Mark is a winged lion is a mythological symbol, which represents the patron saint, the Evangelist, Saint Mark. It shows a lion with bird-like wings. It is the traditional symbol of the city of Venice and previously belonged to the Republic of Venice.

The lion is a very diverse symbol. Its most common traits are majesty, strength, courage, justice, and military might. It can be both solar and lunar. The Lion of Judah is also mentioned in the Book of Revelation, as a term representing Jesus, according to Christian theology. Mark the Evangelist, the author of the second gospel account, is symbolized by a winged lion – a figure of courage and monarchy. The lion also represents Jesus' resurrection (because lions were believed to sleep with open eyes, a comparison with Christ in the tomb), and Christ as king.

Leone di San Marco Pop Up Card is such a spiritual gift card for your family and friends. This card is a unique way to express your beliefs and your gratefulness to God.