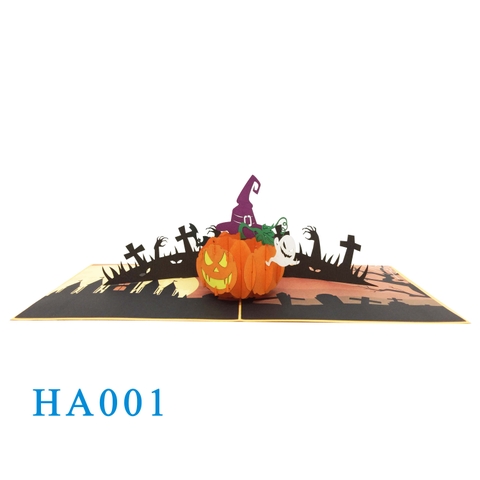 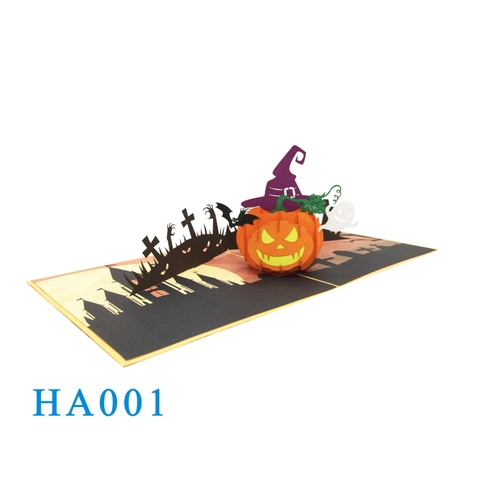 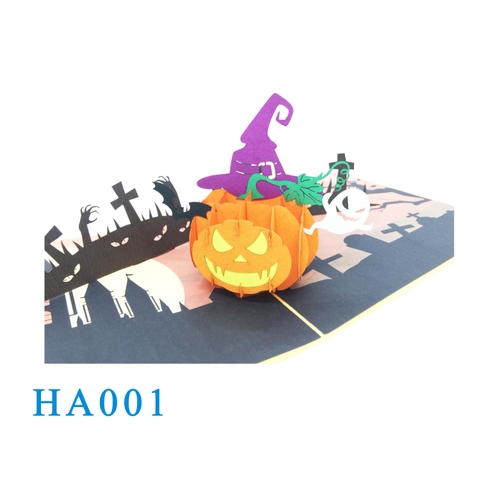 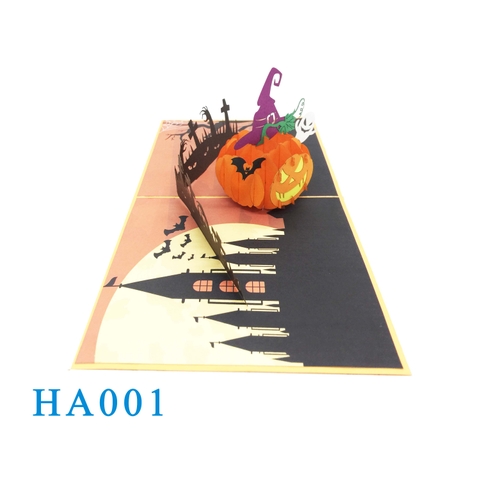 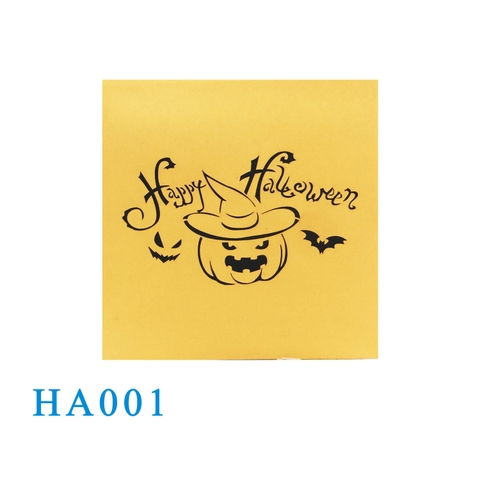 Halloween's origins date back to the ancient Celtic festival of Samhain (pronounced sow-in). On the night of October 31, they celebrated Samhain, when it was believed that the ghosts of the dead returned to earth.

Along with creepy costumes, face makeup, and spooky decorations, Pumpkins have become a symbol of Halloween all over the world. Symbolically, the pumpkin is often linked to rebirth and fertility, and they also symbolize harvests and crops. Over time, the practice of carving spooky faces on a pumpkin evolved into other forms of pumpkin-carving. The original idea of the jack-o'-lantern was to scare away evil spirits. The Irish would set the carved pumpkins or turnips by their doors and windows in hopes that they would protect them.

Pumpkin Halloween Pop Up Card is such a one of the kind gift card to celebrate your spooky seasons with your family and friends! Get some of this card for an even more scary Halloween.